Welsh Water, the first and still the only not-for-profit water company in England and Wales, has hosted the latest leg of a UK-wide roadshow involving a hydrogen car driven by the Decarbonised Gas Alliance (DGA). visiting multiple ground-breaking projects on its route.

The tour – which is visiting multiple ground-breaking projects around the UK – made it’s only stop in Wales at Welsh Water’s Cardiff Wastewater Treatment Works. Here the company was able to showcase its innovative plans to produce biomethane and hydrogen as a fuel, using sewage sludge as a feedstock.

The company has four large sludge treatment centres – with one being Wales’ only gas-to-grid system. The plants convert sewage derived biogas to renewable bio-hydrogen, helping decarbonise heat and transport by investing in additional gas to grid facilities.

Welsh Water, which announced its net zero by 2040 target earlier this year, is leaving no opportunity to produce green energy unturned. At its Cardiff Wastewater Treatment Works, the company is currently undertaking feasibility work to produce up to 2,000 kg per day of renewable bio-hydrogen at the site.

2,000 kg per day would be enough to support a fleet of 100 hydrogen buses. The company, which is working closely with Wales & West Utilities, Costain and Cardiff Council on this project, believes that the proposed facility can be commercially viable.

“Producing bio-methane or even bio-hydrogen is an important step towards meeting our ambition to reach net zero by 2040 and a achieve a 90% reduction in emissions by 2030. Using the biogas to produce renewable fuels, could have up to 10 times larger decarbonisation impact than using it to produce renewable electricity, in particular when combined with Carbon Capture Utilisation & Storage technology, for example producing food grade CO2”.

“At Wales & West Utilities, we are investing £400m between 2021-2026 to prepare the gas network for the future so it’s great to hear Welsh Water’s commitment to hydrogen and biomethane.

“Green gas will play a key role in decarbonising homes, heavy industry and transport, and already biomethane injected into the gas grid from a Welsh Water site in north Wales has decarbonised the home heating for the equivalent of over 4,500 homes and businesses, reducing carbon emissions by over 10,000 tonnes.

“The 2020s must be a decade of delivery, where we put the research and development work that has been done on green gas into practice. We look forward to working with Welsh Water to meet our shared Net Zero ambitions for Wales”

Speaking about the Roadshow, DGA chair Chris Barron said: “Hydrogen – like many other decarbonised gases – can help us meet the UK’s ever-pressing need for net zero climate emissions, safely, at low cost, with minimal disruption, and while creating thousands of sustainable jobs across the country.

“It has a particularly valuable role to play in the hard to decarbonise sectors – transport, industry and heat. As a nation, we rely heavily on these industries, but they account for 40% of UK greenhouse gases. They’re therefore the elephant in the room if we don’t work together to create a deliverable pathway to a net zero energy infrastructure.” 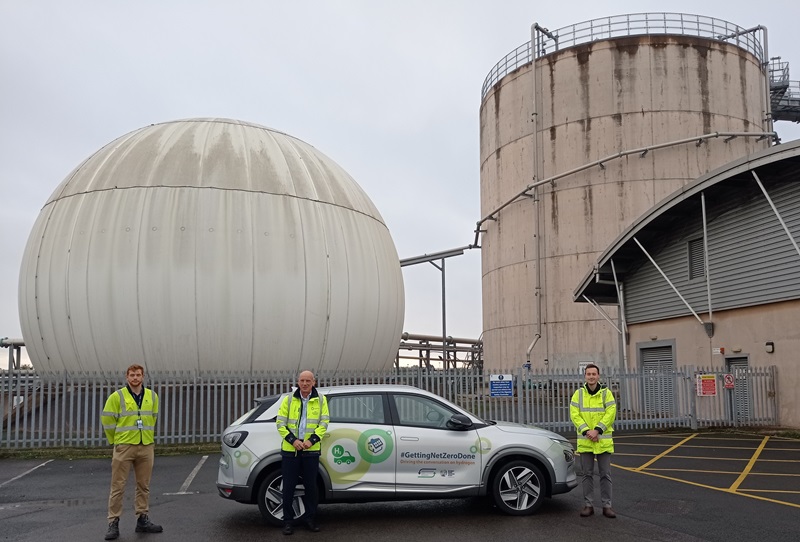