Welsh Water urge customers to help give blockages the boot

A strange array of items has been removed from sewerage pipes in Glynneath – after blocking the public sewer line, almost causing a sewage flood, and causing damage to one customer’s private drainage connection.

Workers from Welsh Water were called to the site following a customer report, and the blockage took two sewerage operatives, Mark Boobier and Chris Sheehan, more than three hours to clear.

The pair removed an array of items that had caused the blockage; a large number of wet wipes – around two full bin bags worth – and items including plastic containers, a gas aerosol can, and even a pair of football boots. 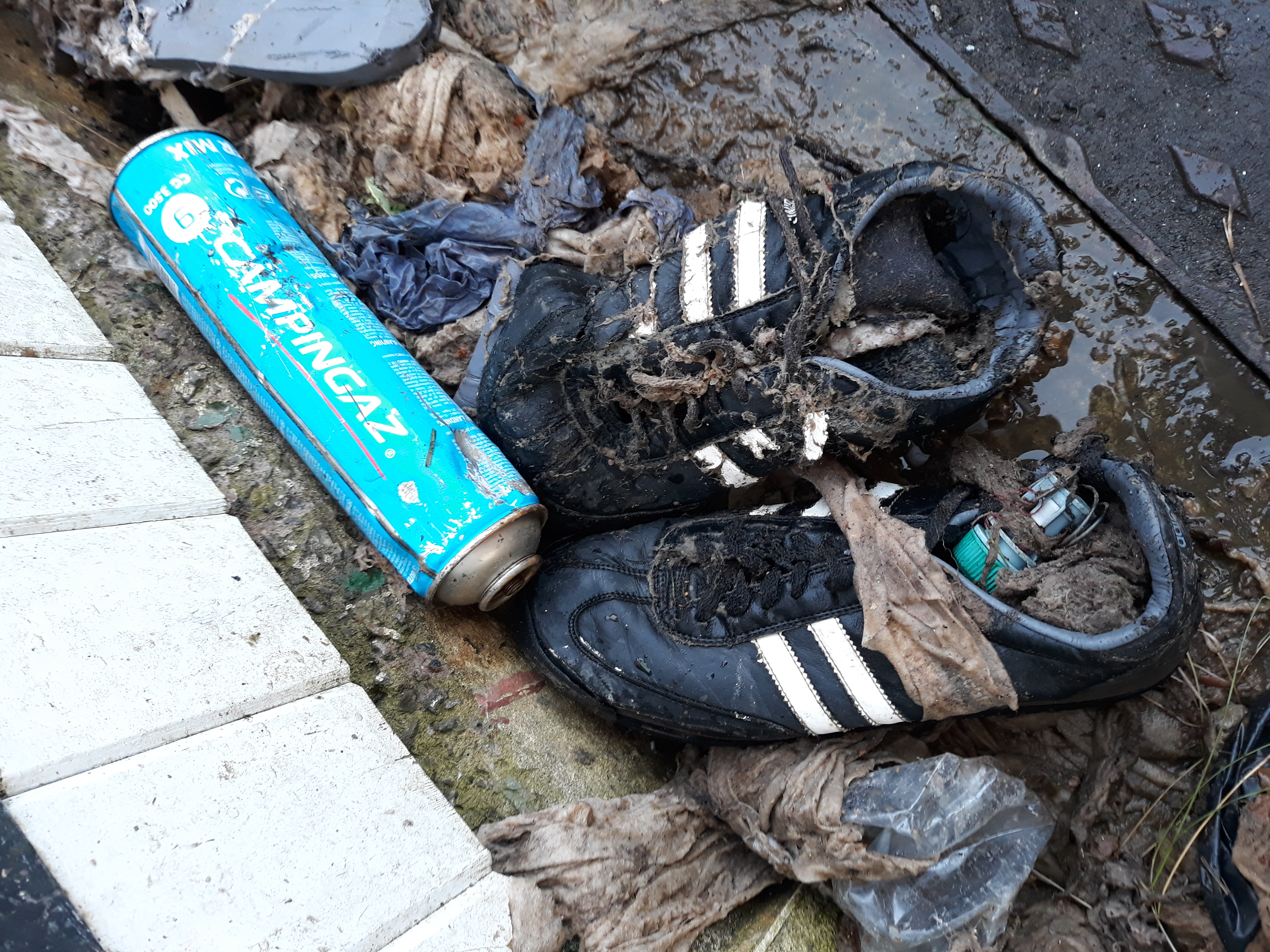 Welsh Water, the only not-for-profit water company in England and Wales is calling on all customers to avoid flushing anything other than ‘pee, poo, and paper’ down the toilet. As Christmas approaches, the company is also warning that tipping fat, oil and grease down the sink can build up in the sewer and cause a flood.

Operatives from Welsh Water tackle around 20,000 blockages a year, at around £5 million cost every year to the company - money which could otherwise be spent on its services or lowering customer bills.

Paul Kingdon, Welsh Water's Head of Wastewater Networks, said: "This incident in Glynneath is a reminder that only the three 'Ps' should be going into your toilet - pee, poo, and paper. Flushing unnecessary items can lead to catastrophic flooding inside your home – leading to distress and added costs that no-one wants to face, especially around the festive season.

“A single wet wipe is enough to start a blockage in your sewer pipe – not to mention some of the stranger items we regularly pull from sewers. We’ve removed some weird items over the years, that have been thrown or flushed away by the public. From cuddly toys to a live snake. Now we can add football boots to that list. But with a small amount of effort – to bin or recycle unwanted items – you can help us give blockages the boot.”

Welsh Water runs its “Stop the Block” campaign to highlight the dangers of flushing materials that could block the pipes. For information on how to avoid a flood in your home, visit dwrcymru.com/stoptheblock