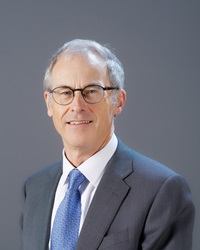 Chair of the Board

A chartered accountant by training, Alastair has 20 years’ experience as a non-executive chairman of both listed and private companies. During an extensive executive career in financial services, he was Chief Executive Officer of both the National Provident Institution and the National & Provincial Building Society, Managing Director of the Insurance Division of Abbey National plc, and Director of Corporate Projects at National Westminster Bank plc. He was awarded the CBE in 2001 for services to social security having served as a Non-Executive Director of both the Department for Work & Pensions and the Department of Transport.

Chairman of the Admiral Group, the direct motor insurer, from 2000 to 2017, and subsequently of AECS, Admiral’s European holding company, until 2021, Chairman of Towergate Insurance, Chairman of Serco, the international services group, Deputy Chairman of Bovis Homes, and Senior Independent Director at Phoenix, the life assurance consolidator.